Can You Leave LED Strip Lights On All Night – 2021 Guide 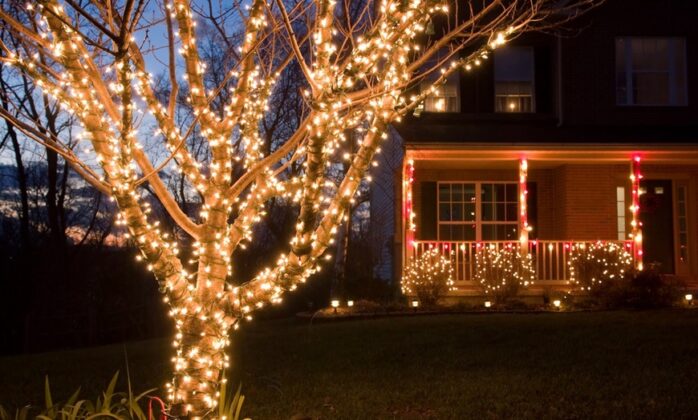 Some people prefer to sleep with the lights on. It keeps them calm and relaxed, which is pretty much the only thing that matters. To be fair, the light isn’t usually too bright, otherwise, no amount of relaxation would help. Essentially, this means that folks need to resort to something different other than regular incandescent bulbs.

The solution most people gravitate towards are LED strips. LED strips aren’t as bright as regular light bulbs, which makes them a suitable option for a night light. Another reason why people opt-out for LED strips is because they can easily set the mood in the bedroom by changing the colours and/or dimming them.

However, there’s one thing on everyone’s mind when it comes to leaving the lights on all night – is it safe? Well, the answer is quite simple in this case, but we don’t want you to think we’re just lying to you. Therefore, let’s further discuss can you leave the LED strip lights on all night.

What Are Most Common LED Strip Types?

There are various types of LED strips. All of them are slightly different from one another, even though they all function in pretty much the same way. So, why are there different types?

Well, it all depends on how and where you want to use them. Some are meant to be used indoors, some outdoors, and some of them have a longer lifespan compared to others. The most common types are DC and AC LED strips. DC powered strips usually run on a 12V direct current, while the AC ones are plugged directly into the power outlet.

Some of them come with adhesive backing so you can tape them to any surface, and some come in the form of ropes. Finally, there are waterproof and non-waterproof LED strips, with the waterproof ones being the obvious candidate for outdoor use.

LED strips can be really long, but does that really matter? Well, it both does, and it doesn’t. These strips are easy to cut, and you can buy a wheel that’s 10 meters long and cut it down to a 30 cm strip if you’d like. Or, you can get two long strips and put them together.

READ MORE:  Most Useful List of 30 Adjectives That Start With T

This also matters because the farther apart the diodes are, the worse lighting you’ll get. It can get spotty, dim, and you might even notice the difference in colour in different spots.

How Bright Should LED Strips Be?

Technology is evolving and improving with each day. That means that we are getting better and brighter strips every once in a while. But, you don’t always need the brightest strip – especially if you want to use yours as a night light.

The brightness of these strips is measured in lumens. As a general rule of thumb, if you’re just looking for accent lighting, you won’t want to go past 200 lumens per foot, but if you’re looking to use them for another purpose – you might go a lot higher than that.

Another thing to consider is that you can dim pretty much every strip out there. Therefore, even if you get something brighter than you need – you can just lower the voltage input with a remote and dim the lights.

How Much Power Do You Need To Run An LED Strip?

LED strips aren’t the most power-hungry lights out there. However, according to ledlyskilder.no, you still need to know just how much power you need if you want to get the most out of it. As we’ve said a while back, some strips run on AC, some on DC – but that’s not all.

You also need to consider input voltage. Most strips require 12 volts of power, so you shouldn’t have any trouble figuring out just how much juice you need. Just count the strips you’re planning on using, add the voltage together, and choose an appropriate power supply. On the other hand, if you’re plugging them directly into the outlet – you don’t need to worry about anything.

Can You Leave LED Strip Lights On All Night?

Now, let’s tackle the question at hand – can you leave the LED strips on all night?

The answer is yes. You can leave your LED strips on for as long as you want without having to worry about anything. They don’t require much power, which means they won’t affect your electric bill in a major way. But, more importantly, these lights don’t burn out nearly as quickly as regular, incandescent lights, nor do they heat up.

In fact, there is almost no significant heat output coming from an LED strip light. You can leave them on for days on end, touch them, and you won’t feel anything.

Unlike incandescent lights, there is no filament inside of a Light Emitting Diode. LEDs use a semiconductor material to convert energy into light. This is a highly efficient method, and as we’ve said, it doesn’t produce any significant amount of heat.

READ MORE:  How Often Should You Clean Air Ducts in Your Home

In addition to that, as we’ve said, the power consumption also won’t be a problem. LEDs use up to 90% less electricity compared to traditional bulbs. So, unless you’re using an insane amount of strips, you shouldn’t really notice a difference in your electric bill.

Final Verdict – Should You Leave Them On All Night?

As you can see, it is perfectly safe to leave these on for an entire night. However, should you do it?

Well, unless your strip is in your bedroom and is shining bright and blue – we don’t see any problem with it. The chance of anything going wrong is basically non-existent.

The only issue we can think of is blue light. Blue light promotes alertness and is known to cause trouble sleeping. Therefore, if you are using these as a night light – have it shine red. Red is known to help promote sleep and emit the least amount of blue light, which is essential for a good night of sleep.

Other than that, we don’t see why you shouldn’t keep your LED strip on all night.