Check out the best hairstyles for men now!

An adorable way to get happiness on a child’s birthday

The top beaches of Southeast Asia you must visit

The Intelligent Consumer: Making the Most out of Each Dollar

Everything About Obituary Folders, Obituary Bifolds And Trifolds

Pass over the stigma of your disability and meet your better half online!

Get Benefited with Weighted Vests While Working Out!

Benefits Of Using Reusable Shopping Bags For Your Business 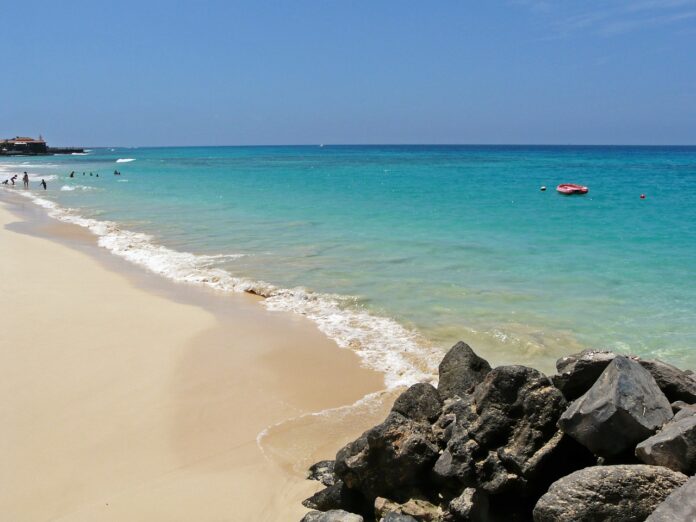 Cape Verde is an archipelago of ten volcanic islands located off the west coast of North Africa in the Atlantic Ocean. It enjoys a warm climate all year round and is therefore suitable for the type of tourist who loves sun, heat and beaches in every season.

The views of Cape Verde offer intense colors and are very different from one island to another. The islands in the north (Sal, Boavista, Santo Antao, Sao Vicente, Sao Nicolau), called windward islands, are almost deserted, with scarce vegetation, long stretches of sand and golden colored dunes, lunar and wild landscapes. The islands further south (Santiago, Maio, Fogo, Brava), called leeward, are instead characterized by reliefs alternating with valleys, jagged coasts, the volcano of Fogo and richer vegetation.

The climate of Cape Verde: what is the best period

The climate of Cape Verde is tropical dry with high temperatures all year round (24 ° C in January and 30 ° C in September), low rainfall and an almost always pleasant sea water temperature, between 24 ° C in March and 28 ° C in October. During our winter months the winds that constantly blow from the north-east can make some days particularly cool, especially for those who love a beach life, swimming in the sea can in fact be cold in the months from February to May.

The islands of Cape Verde are divided into two groups, those windward in the north with an almost desert climate and those called leeward in the south a little more rainy because they are less exposed to the winds, with however not intense rainfall that is concentrated with very minimal values ​​in the months between August and October. In these months the temperatures are also very high and the air becomes sultry.

The winds blow intense on the islands of Cape Verde throughout the year. It goes from 28 km / h in the months between January and May, and then decreases to 19 km / h during the month of September. Strong wind gusts are not excluded even during the summer months, although they are more likely during the winter. The direction of the winds in the most intense periods comes from the north-east therefore the southern areas are the most protected and have slightly higher temperatures, a couple of degrees more than the northern islands.

The best time for a trip to Cape Verde is from November to July, to avoid the sultry period between August and October. For those who love the beach and ocean waters it is preferable to go to Cape Verde during our summer months. Winter is ideal for a break from our cold climates.

What to see in Cape Verde

Cape Verde, with its sister islands, offers episodes of local and colonial history, golden beaches and crystal clear waters, natural and architectural monuments, but also markets and entertainment. Here, where European and indigenous cultures mix, here are the most important places to visit.

The capital Praia, Island of Santiago

Piazza XII Settembre is the beating heart of Santiago Island. In the evening the square hosts music and entertainment.
The Ethnographic Museum is the symbol of the Portuguese colonization of the archipelago. Together with the Palace of Justice and the town hall, it preserves the historical memory of the inhabitants. In addition, moving from Praia to the other islands is very simple, thanks to the maritime means of the Fast Ferry company that guarantee the connections. However, we suggest the use of airplanes for travel, since sea connections are not reliable in terms of time.
The Maria Pia Lighthouse, in Ponta Termosa, is a suggestive place. The importance entrusted to this lighthouse by the inhabitants reminds us of the close relationship that binds man to the sea.

At 2,829 meters high, we are on the highest peak of the entire archipelago. A marvel for enthusiasts who will be able to visit an active stratovolcano, with eruptive fissures along its sides. It is possible to carry out guided tours. The last eruption dates back to 2014.

In the middle of the Atlantic Ocean, this large cove offers a dream landscape. A river runs along the beach to the south, within an area away from the crowded areas, in the name of relaxation.

Since 2009, together with the city that hosts it, it is part of the Unesco World Heritage. This imposing structure bears witness to military assaults, pirate insurrections and pirate tales. So important for its strategic position to arouse the (military) interest of the Portuguese, British and French.

This island is recommended for lovers of nightlife and entertainment. In the port city of Mindelo you will find nightclubs, pubs and even the best beaches! If you go in February, take the opportunity to experience the local version of the Brazilian carnival.

This small island is ideal for kitesurfing and windsurfing enthusiasts, who can enjoy the currents and winds of the ocean. In addition to offering pristine beaches, Boa Vista is known for its desert hinterland, all to be explored. Numerous excursions and photo safaris depart from the town of Sal Rei.
Also here is the wreck of the Cabo Santa Maria ship, which was wrecked in 1968 right on the beach of Atalanta, on the island of Boa Vista.

Cape Verde also satisfies lovers of altitude. To spend a day off the beaten path, you can reach the mountain ridges of this island, up to Monte Gordo, at an altitude of 1,312 meters.