New Cryptocurrencies in 2021 That Have Great Potential 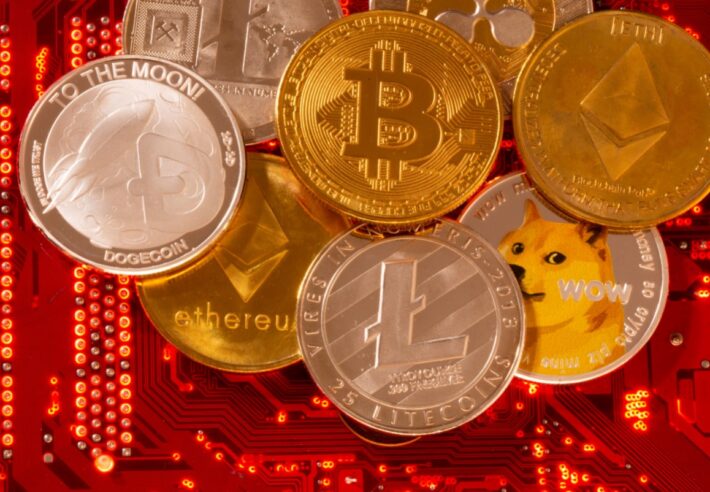 A cryptocurrency is a form of digital money that is not controlled by a central authority such as the government. It is instead based on blockchain technology, and Bitcoin is the most widely used. As the use of digital money grows on Wall Street, more possibilities become accessible. Currently, there are over 5,000 cryptocurrencies trading on the market.

While individuals can use Bitcoin to make purchases, most people consider it to be a long-term investment. However, because cryptocurrency is volatile, it’s crucial to understand before investing what you’re getting into. As a result, the top seven cryptocurrencies worth investing in are listed below, and you can thank us later!

Input-Output Hong Kong (IOHK), a decentralized corporation led by Charles Hoskinson, co-founder of Ethereum, built the Cardano blockchain platform, which was launched in 2017 as a competitor to the Ethereum blockchain. IOHK was founded in 2015 and specializes in blockchain and cryptocurrency development for corporations, educational institutions, and governments.

ADA coins, which were first made available for purchase in September 2015, have gone through the same ups and downs as other cryptocurrencies, reaching an all-time high of $1.49 in February 2021. Their market valuation is around $39 billion as of March 2021, with 31.2 billion ADA coins in circulation and a supply cap of 45 billion.

READ MORE:  5 Tips to Prepare the Right Timetable for You

The release of smart contract capabilities on Cardano has generated a lot of hype, as it will allow developers to construct and deploy their own decentralized applications (DApps). Cardano is also the first organization to be created based on peer-reviewed research, with the declared purpose of redistributing power from unaccountable systems to the margins.

If you want to trade cryptocurrencies online, visit this site.

In the year 2021, the crypto world was shocked by SHIBA INU. This parody cryptocurrency was first released in August 2020, but it didn’t really take off until almost a year later, in May 2021, when its price skyrocketed.

The success of SHIB can largely be ascribed to its link to DOGE and an injection of new crypto investors into the market. Despite many experts anticipating that it would be nothing more than a shitcoin that would vanish from the face of the earth shortly after its first surge, this token has managed to maintain a constant price level of $0.000008 and soared again in early October 2021.

Elon Musk’s recent spike in popularity among crypto enthusiasts has also led to the coin gaining more momentum in the market. He was implicitly seen referring to the coin by uploading pictures of the Shiba Inu dog, which helped the coin gain an exponential trade volume.

READ MORE:  Is It Possible to Convert Bitcoin & Other Cryptocurrencies to Cash Anonymously?

If you are looking for a reliable cryptocurrency trading platform, visit prawica.net/trading-software/crypto-genius-recenzja-2021-czy-to-jest-legalne-czy-falszywe,

Monero was founded in 2014 with the simple purpose of making transactions as private and anonymous as possible. Even though all cryptocurrencies are ostensibly private, at least in relation to fiat money, some of them allow you to follow transaction history. On the contrary, transactions with privacy coins like Monero are entirely anonymous.

Monero has a few advantages: first, it has a large market capitalization (as of October 15, XMR is ranked 37th on CMC). Second, it doesn’t compete directly with industry behemoths like Ethereum or Bitcoin as a privacy coin.

Last but not least, it has avoided falling below its 2020 price level despite a big sell-off in May 2021. Monero appears to have a strong community behind it, and its emphasis on decentralization and anonymity could propel it to prominence as the next big cryptocurrency.

VeChain can pique your interest if you’re looking for a low-cost cryptocurrency. Even with current levels of selling, persistent VET investors will realize significant gains once it ends.

It is advisable to let the digital asset liquidate the last of the weak holders, bringing price structure clarity, in order to improve short-term portfolio stability and assure a profitable future.

Uniswap is an Ethereum-based decentralized application (DApp) that allows users to trade Ethereum tokens through liquidity pools. Uniswap offers two key services: liquidity delivery and utilization. Uniswap was published in the DeFi framework, and the UNI coin was introduced in 2020. Uniswap was launched on November 2, 2018, by Hayden Adams, a former Siemens mechanical engineer.

The convention empowers programmed exchanges on the Ethereum blockchain through smart contracts. UNI money has as of now accomplished critical achievements, and it is presently one of the DeFi coins to enter the top race. Market analysts say that this pricing is below Uniswap’s predicted potential growth because it was recently positioned as the first decentralized exchange to permit margin and leverage trading.

Polkadot (and its namesake coin) intends to unify them by building a cryptocurrency network that connects multiple blockchains so they can work together. Since Polkadot’s inception in 2020, this integration has fueled rapid growth and may transform how cryptocurrencies are managed. Its price increased by 1,400 percent from US$2.93 to US$44.19 between September 2020 and October 29, 2021.

READ MORE:  4 Tips For Writing A Great Resume That Shows Your Career Path And Goals

Binance currency is a great way to diversify your portfolio if you hold Bitcoins or Ethereum. Binance, the parent company, has a long track record of success and has developed a functional ‘utility token.’

The value of the Binance currency is determined by its utility and demand, which is generated by traders using Binance coins to purchase other cryptocurrencies on the Binance market.

It’s worth noting that Binance is one of the world’s fastest-growing cryptocurrency exchanges, and it’s just getting stronger with every transaction made on the site utilizing Binance currencies.

These 7 cryptocurrencies are the most excellent picks for folks who are new to the cryptocurrency market. Since everybody is aware of Bitcoin and Ethereum, our objective was to let readers understand other altcoins operating in the market. Regardless, keep in mind that cryptocurrencies are incredibly volatile, and no one can accurately predict market behavior.