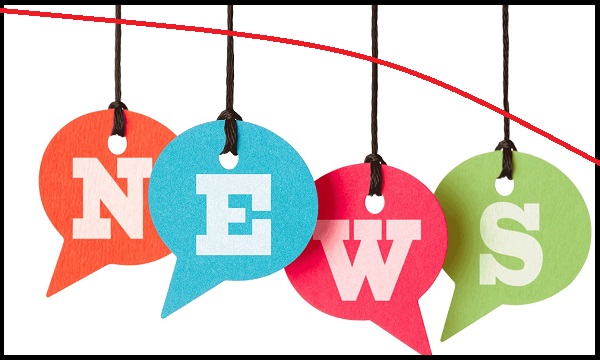 Meeting Ceremony: There are many types of events in the life of the society. We get news from government and all non-government events. During this, the use of news sense is very important. First of all we need to know what is the purpose of the event and who are the key people participating in the event. Every activity and statement in the program should have its own eye.

Because even a simple information turns into a big news. While writing the news, it has to be kept in mind that we cannot cover the whole event, yes we can mention its main points only. It is for the correspondent to decide what was the most important thing or statement of the event.

This determination reveals his ability to catch news. Such an opportunity can be used not only for coverage of the event but also in the form of interviews of the special people in attendance. With this you will have two news to send.

One is the news of the event and the other is the interview. Similarly, a day before a ceremony of special importance, news or feature can be given on it. The news can be made interesting by the reaction of the general public attending the function. There is also a tradition of giving glimpses of important events. Interesting incidents can be told in it.

Development is a dynamic process. Today’s era is about holistic development. Human development is also linked with physical development in the Indian context. This is what the Father of the Nation Mahatma Gandhi says – “I will give you a Jantar. Whenever you are in doubt….recall the face of the poorest and weakest man you have seen and ask your heart how useful the action you are going to take will be to that man. Will it bring any benefit to him? ”

The more it Lags Behind

Agriculture and rural journalism form the basis of development journalism. While covering the programs of development, their meaningful side should be highlighted. For example, in the inauguration program of a bridge, dam, power house or road, the correspondent should tell what the area will benefit from this scheme and how many people will be benefited by it.

If there is any question on any plan, the correspondent can also raise it provided they have valid reasons for it and the side of the concerned officials and experts. At the time of implementation of government schemes, many times complaints of negligence are received, for that too, taking the side of the concerned department must bring both sides of the problem to the fore and the government also gets an opportunity to improve.

The role of the media is actually that of a healthy dialogue. It is the communication bridge between the government and the people. The primary and ultimate purpose of media is to convey information and to deliver it responsibly.

For this it is necessary that the information reaches the people in the right form. Only then can people be motivated to take advantage of them. It is important to keep the same auspicious vision while evaluating the plans. Some number of people definitely get benefit from any scheme or development work. The news should underline the fact that how many people are getting benefit from it. What do the beneficiaries have to say about this? So that the right picture can come out to the government.

Many times, due to lack of proper assessment, disputes arise over the right planning and development works. A road, school or irrigation plan itself causes change in that entire area. It is important to keep this thinking. On the basis of its benefits, the desire for development can also be created in other neglected areas. Because real development is possible only when we can make people participate in it. The principle of public participation has therefore become a guarantee of success. In development, it is important not only to reach the government but also to come forward to take advantage of the people.

Speakers often give their point of view in detail. It is not possible to take everything in your news. It is here that the discretion of the reporter is tested in how he takes the most salient part of a long speech and turns it into a big news story. There is a crisis of time of the readers and space with the newspapers, so the presentation of the news is effective by saying the most important thing in very brief.

In short, speaking your mind is really a big time, it is also necessary for every journalist. But it is a matter of caution that summarization does not change the sentiment of the news. Let what has been said be published as it is, so that its meaning should not be deviated. Sometimes problems arise due to not understanding things in the right sense.

READ MORE:  Do you need a mattress protector?

But in subject-centred interviews, the subject is central. Just like we talked to an environmentalist about the deteriorating condition of the environment, while a politician can be talked about his politics, the status of his party, the responsibilities related to his current post. Both the issue and the question of the interview should be considered. We have to see that the success of the interview depends on our behavior and working style.

The language style should be sweet and moderate. Asking uncomfortable questions in moderate language does not bother the interviewer. Instead of interrogating like a lawyer or police, we should adopt the method of communication so that the person can open up. The information given by the interviewer should present in the same form and not twisted.

This enhances the reputation and credibility of the journalist. Two methods of writing interviews are also in vogue, one is the style of Q&A and the style of news. It can be making readable in both styles. It’s usually fine to present short interviews in a news style. In these meetings, the picture of the person concerned must give.

READ MORE:  How The Adult Entertainment Industry Has Evolved Over The Last 30 Years

The Primary Aims of Educational Psychology

The trend of expressing one’s point of view through press conference is enough nowadays. It can also be calling group interview. In this, the concerned party invites journalists to make their point. There is a purpose of press conference. Accordingly, a press conference has called.

In the press conference, the concerned party first puts forth its point, then the journalists question it. Sometimes a statement is made in writing. So that the correspondent should keep in mind the main references while writing the news. So that the purpose of the person taking the press conference can be fulfilling and the journalist can also do justice to his work.

The News features are very much in trend these days. News features has written for succinct and entertaining presentation of news. They can be on any topic. Features can be happen on any person, place or problem. We can popularize our writing by writing features on mythological places, historical references and eminent personalities of our region. The difference between a feature and a news is basically that a feature is a succinct presentation.

How to become a proofreader: what needs to be done

Technological innovations 2021, what we can expect

Is Silver A Good Investment In 2021

The Primary Aims of Educational Psychology

The Ultimate and Comprehensive Guide for Customized Boxes

Pep-up The Audio Based Market With A Catchy Clubhouse Clone

How to start a restaurant business?

How to Leverage Influencers to Sell More on Amazon

Im Locked Out Of My Office 5 Best Business Lockout Solutions

HOW METALIZED BOXES BOOST YOUR SALE?